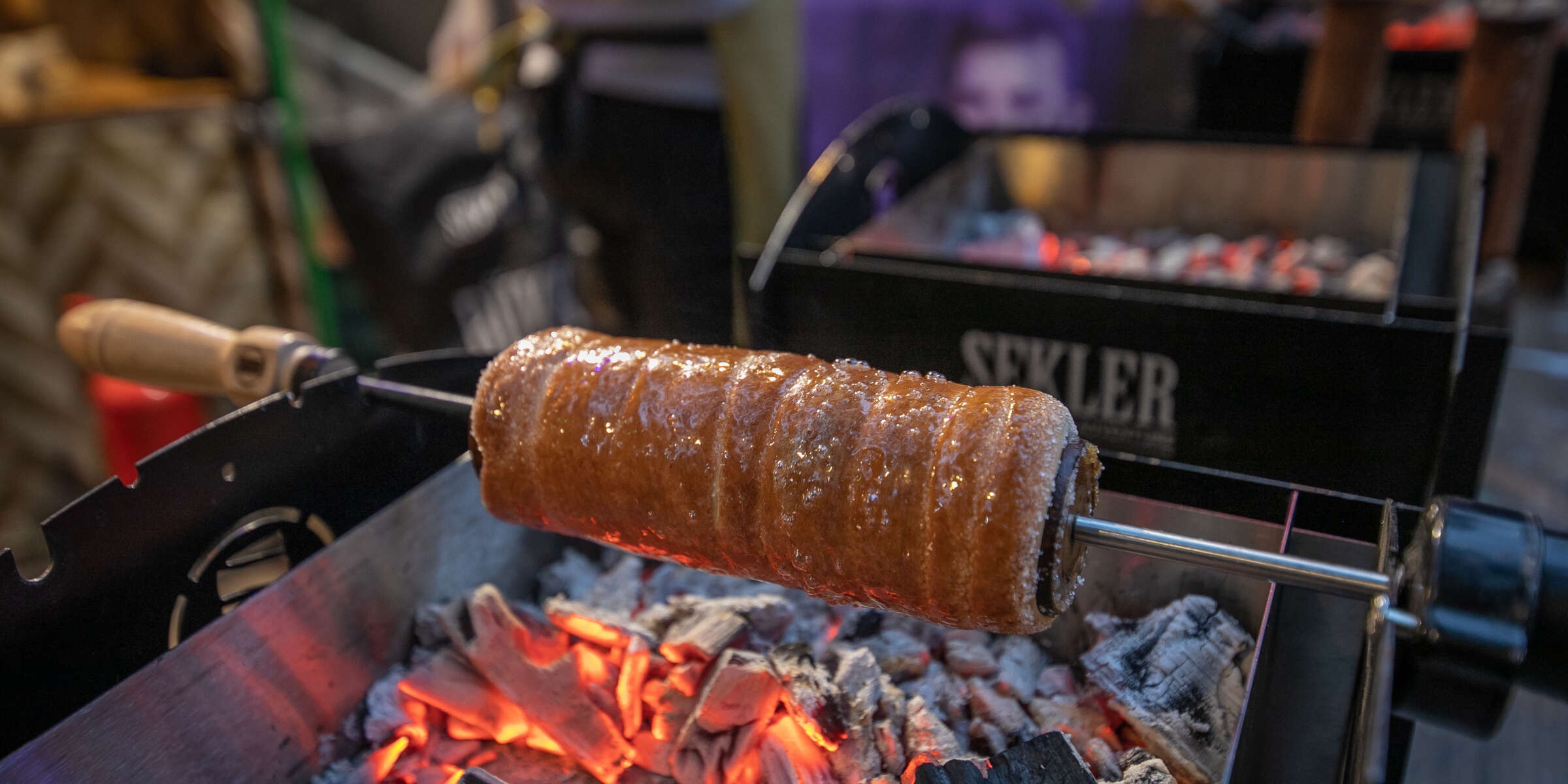 What is the origin of kürtőskalács and where does the name come from? Are there record holders among kürtőskalács? When was the first recipe created? This article reveals lots of interesting facts

THE ORIGIN OF KÜRTŐSKALÁCS AND RELATED RECIPES

THE ORIGIN OF THE NAME

The name of the kürtőskalács in Hungarian comes from the word chimney or funnel. Linguist from Cluj-Napoca Attila Szabó T. has confirmed this with the following explanation: "...when the whole cake is removed from the roll, it forms a chimney-shaped or tubular cake about 25-30 cm long. Hence, therefore the loan translation is chimney cake”.

To the best of our knowledge, the first recipe for the cake appears in a Transylvanian cookbook written in 1784 by Countess Mária Mikes, wife of István Dániel.

HOW THE CAKE SPREAD

By the end of the 18th century, the cake had spread not only in Transylvania but throughout the Hungarian-speaking area, although under various names. Its names used within Hungary (equivalents of “roll doughnut”, “doughnut on a roll”, “cake wrapped around a stick”) are mirror translations of the German Baumkuchen. The first written mention of a “cake baked on a roll” is found in the text of a comedy from 1789 by an author born in Komárom.

For a long time, the Lehel Kürtősház [Lehel Kürtőskalács House] held the record for the largest kürtőskalács (5.37m), which was recorded in Odorheiu Secuiesc in 2007. Since then, the record has been broken by a 16.7m long kürtőskalács, which was made at the Oroszfalu (Rusu de Sus) Village Fest in Transylvania. Two people were enough to rotate the special baking structure, but the record-breaking dessert called for 30kg flour.

A RECORD: THE HIGHEST NUMBER OF KÜRTŐSKALÁCS BAKED SIMULTANEOUSLY

At the second Chimney Cake Festival, the record for the largest number of people baking chimney cakes was set – 65 teams of 125 people simultaneously baked 248 chimney cakes.

The official position today is that no food that has a savoury coating or dough or contains meat or cheese can be called a chimney cake. In order to protect the centuries-old tradition of the kürtőskalács, its registration in the EU as a traditional speciality guaranteed is currently pending.

Grandma of Vitéz Kürtős, Irma Simó used to bake kürtőskalács in the Transylvanian village of Székelylengyelfalva as early as the 1960s for weddings or church festivals. As the heir to the vast knowledge she accumulated, our company uses her recipe to ensure that the tradition of the kürtőskalács lives on in the 21st century.